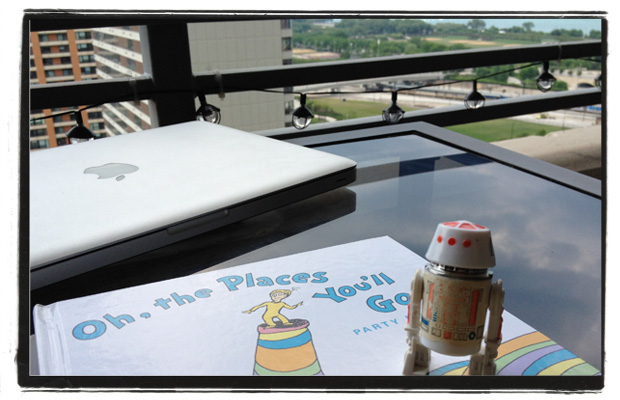 Oh, the Places You’ll Go is about how life’s all about getting out there and doing it :: hope for the best … knowing that’s almost for sure not what’s going to happen. Cause life is beautiful … but it’s a total fucking bitch. Ride it calm like a wave :: even when your head is scraping along the bottom … knowing eventually you’ll be back on the beach eating hotdogs.

Fame! You’ll be famous as famous can be,
with the whole wide world watching you win on TV.
Except when they don’t.
Because, sometimes, they wont.

The book has become a popular gift to give semi-youngsters graduating from high school :: college :: grad school … or Tony Robbins’ Mastery University {with a QuadruplePhD in Bullshitery}.

Naomi Dunford sent Dave Navarro a copy of the book after he quit his job at Lockheed Martin to pursue his dream that his dreams about Naomi Dunford and Brian Clark weren’t just fantasies. Naomi had harped on him to do it for months :: in public and in private … so the least she could do was pretend to congratulate him while simultaneously shitting on a tradition.

Congratulations :: you quit your job for to do Internet Marketing … unicorns FTW!

Don’t worry about your wife and kids who need to eat and live … cause Naomi also gots a plan for getting rid of them.

Alison’s been clearing out the residues of Scamworld from her home :: Left Behind by Dave while he was fleeing into the spider wilderness with nothing but his laptop … and his delusions of grandeur. Books :: and tapes :: and DVD’s … and crap that all seemed innocent enough until it became too clear too late that it was the worst kind of devil. Naomi’s spiteful “gift” was on the trash heap … Alison not finding value in that particular copy of such a wonderful book.

And Alison :: having already done so much for the people of this community :: did me yet another favor and sent Oh the Places You’ll Go – Black Humor Edition … to an Oh the Place called Chicago. 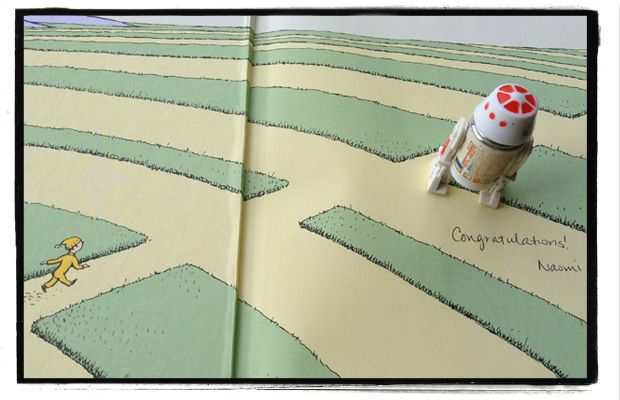 Congratulations! :: Naomi … your dumb “gift” is on my book shelf.

Wherever you fly, you’ll be best of the best. Wherever you go, you will top all the rest. Except when you don’t. Because, sometimes, you won’t.

It’s this children’s book wisdom that the whole world of scam seeks to deny at all costs.

It’s not negativity … it’s factuality. The universe isn’t slave to your whims … but you to its. Anyone who says they have the keys to success … is a fucking liar. The only guarantee is that there are no guarantees :: yada yada … chaos. 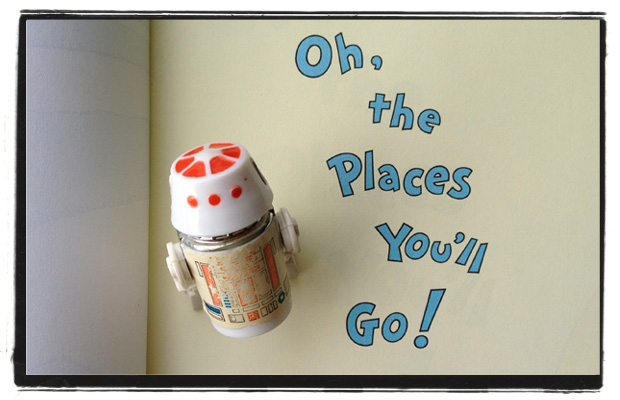