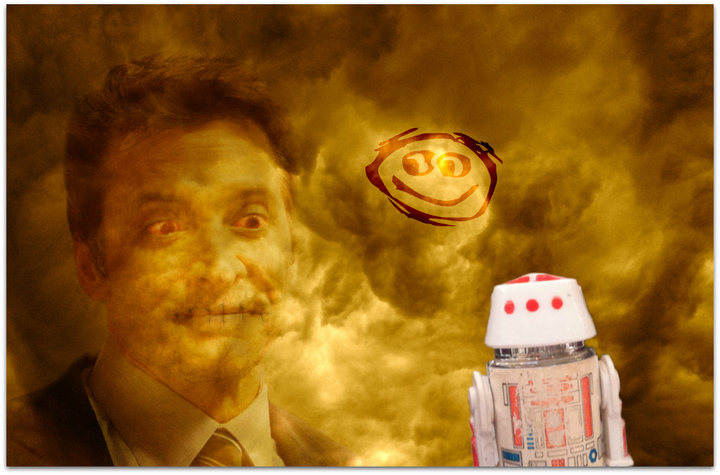 I’m back bitches! Believe it!

Longest break ever :: but you stupids just kept clicking like a bunch of sheeple :: so I guess I’ll do what I want! No consequences!

Remember when James Arthur Ray got convicted of negligent homicide? Yeah … it was so awesome.

Fuck you James Arthur Ray :: you suck monkey! Did I already say that? Sorry :: I’m just passionate :: like Luis Li … except in a non-douchey-poser kind of way.

Self-imposed “ban on senselessly excessive profanity while covering an emotional murder trial” … overs. It didn’t really help :: or matter :: just made me more lame-o … more like the rest of you brown-shoe wearing vanilla motherfukers who are cocking up the whole world-scape. Won’t be doing that shit again :: and if you don’t like it … you can go to your gym :: or the airport :: and watch CNN being wrong … and profanity free.

Anywayz :: after the jury finished convicting Death Ray on three counts of negligent homicide :: they were asked to determine the presence of “aggravating factors”.

The jury was asked to find on the other factors {he did it for the money :: he was in a unique position of trust} without further evidence.

Defense attorney Thomas Kelly argued in rebuttal that the jury had already made the danged wrong decision :: and that he was mad :: and sad :: and p.o.’d :: and various other school-boy type emotionalisms. So there’s that …

The failure to prove aggravation means that Judge Darrow can give Death Ray a maximum of nine years :: rather than an aggravated eleven. But two piddling years counts for jack in this situation :: and the Judge isn’t obligated to agree with the jury anyway … so it’s all pretty pointless in a big picture kind of way.

On July 25th :: the two year anniversary of Colleen Conaway’s death at a James Ray seminar :: the Judge will hear “mitigating factors” in Death Ray’s favor :: and the State’s response to the same. It’s the final phase of the trial :: and Death Ray has been soliciting mitigation testimonials {more on that later} around the webz. He’ll be hoping to get probation :: but I’m still hopeful he’ll get the MAX … plus leprosy.

If you have the opposite of a mitigation testimonial :: please send it to Ms. Polk post haste.

Three manslaughter convictions would have ended James Ray’s menace to society in one quick slap. Three negligent homicide convictions doesn’t accomplish the same. It would have been nice if this was the end of the James Ray fight … but it isn’t.

Cages for psychopaths! Say it with me …

There were 50 people in not-Ted-Mercer’s heat endurance challenge. Three of them died :: many others suffered irreparable harm. So as long as you’re emailing Ms. Polk :: you might want to mention that your life was Recklessly Endangered. According to Arizona Law …

“A person commits endangerment by recklessly endangering another person with a substantial risk of imminent death or physical injury.”

Endangerment carries a maximum sentence of 1.5 years per count. James Ray was facing 37 years for the aggravated manslaughter of three :: now he should face 70.5 years for the aggravated endangerment of 47. And that’s only 2009 … someone was making a habit of endangering “folks” in Ms. Polk’s jurisdiction. The evidence from prior years didn’t make it into the homicide trial :: but that shit still happened. Three negligent homicide convictions won’t make Stephen Ray’s kidneys :: or Daniel P’s brain :: go back to normal function. The harms didn’t start :: or finish :: with the deaths.

James Arthur Ray’s Journey of Power was about leading you blindfolded {non-Luis-Li literally!} into danger :: and into darkness … 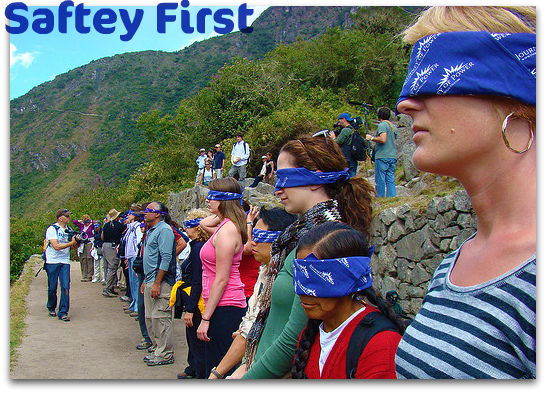 … so that fake god could get his rocks off and take your monies.

If you walked into one of those Angel Valley JRI hot-boxes :: then you were criminally endangered :: and someone with black eyes and no heart should face 1.5 for it.

They say justice is blind … or something. But that’s idiotic {sorry to break your fragile little hearts}. Blindfolds are always a bad idea. Justice should keep her fucking eyes on the road. The road in this case being the context :: that context smeared with blood :: money :: and lies. Something extra yucky is obviously going down here … and nine years ain’t enough.

So in the interest of non-Brady violating full disclosure :: I should tell James Arthur Ray {in case he was wondering} …

I’m just getting warmed-up guy :: it’s gonna get real hot in here … hellacious hot. You might feel like your skin is falling off :: but that’s because you’re all saggy and shit … not my fault.