The Death Dealer in Scamworld 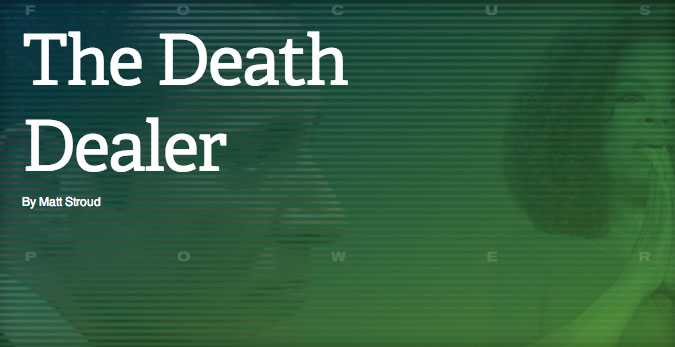 James Arthur Ray :: on a big fucking post-homicidal comeback … is making his second media appearance in a week. Today’s appearance The Verge …

The Death Dealer: ‘Secret’ guru James Arthur Ray led three people to their deaths… and now he’s at it again

… is much less likely to tickle the blood stained wallet of John Ferriter.

I hope I won’t spoil the article for you by revealing that :: people died … and it was all James Arthur Ray’s fault. Well :: maybe not all his fault … some of the blame gots to be apportioned to Oprah … and the other {several dozen} media outlets that hyped the lie into a monster.

Oprah gushed over the film, twice showcasing its stars and telling her audience, “Watch it with your children.” The Secret became a cultural phenomenon; a companion book sold 19 million copies. Ray soon appeared on Larry King Live to say, “Well, Larry, science tells us that every single thing that appears to be solid is actually energy. Your body is energy. Your car is energy, your house, everything, money, all of it is energy.” The Today Show, Fox Business News, and local network affiliates followed. He toured the country while guesting on smaller venues from Tom Green’s internet talk show to Coast to Coast AM with George Noory.

“He put himself out there as omnipotent; but in the face of crisis he was impotent.”

… say’s Ginny Brown of Ray :: near the end of the {typically} amazing Verge video. One tries not to imagine that it’s more than just crisis that Death Ray {and his spray tan} finds impotence inducing.

The video also features our old friends {the not-rapper} Rick Ross :: and Detective Ross Diskin … no doubt both named Ross in homage to David Mamet.

Thanks for doing this The Verge … you beautiful bastards.

I also present you with …

… we might not be represented by John Ferriter and Mark Fabiani :: but it seems like we doin’ a’ight making sure that the truth is not forgotten.