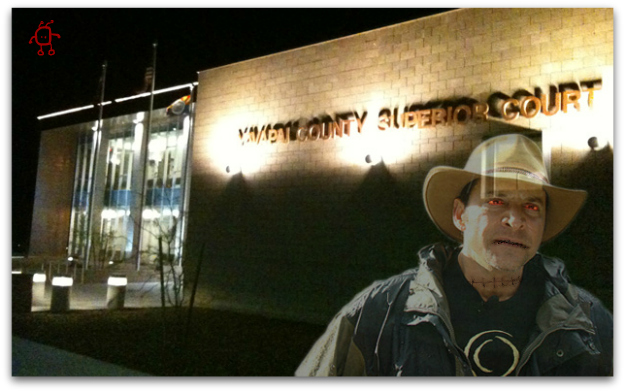 CNN is pulling its coverage of the James Arthur Ray trial :: probably because Luis Li is so horrible to watch. It is said that the sound of his droning :: arrogant :: little voice can cause diarrhea :: foaming at the mouth :: and dilated pupils. It’s not true :: but it is said :: so let’s talk about it for a couple of hours … Luis Li style!

But seriously … CNN is joke.

I know you people are complaining to them. Good idea :: let um have it!

But also :: they were using a satellite van to pump the court’s feed out to the web. That’s massively expensive.

The court could pump out it’s own feed for almost no cost :: if they only would. Then lots of media outlets {and fake robots} could access the feed and redistribute it :: without needing to travel to BFE :: or brave the killer ants. But sometimes courts don’t know about using Internets. You may want to remind them {nicely} that they should learn … because the nation’s media outlets are nothing but rotting suckholes.

Meanwhile … I can haz make own videos!