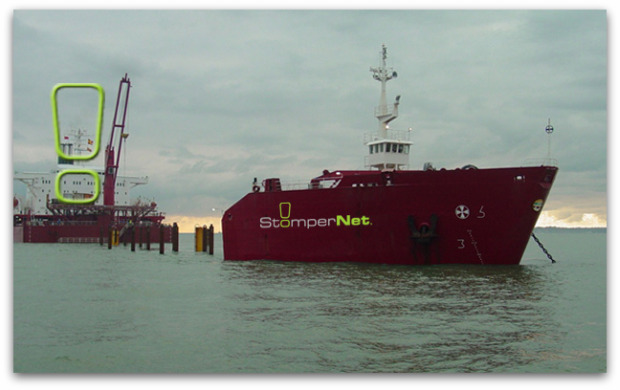 StomperNet :: the unlegendary turd hauling cargo ship :: is about to be swallowed whole by the ocean. The ocean fucking hates bad karma :: and StomperNet has three years worth of karma plaque build up from :: Lies :: Fraud :: and Exploitation. Brad and The Boys haven’t been paying their affiliates :: Don’t get me wrong :: They’ve wanted to … just not badly enough to actually do it.

Here’s an email that Bradley Clifford Fallon sent to affiliates the night before the pathetic StomperNet 9/9/09 relaunch :: He still wants affiliates to promote his uselessly lame {WAY overpriced} product even though he hasn’t paid them for the sales they’ve already made.

Subject: our commitment to pay you (personal from Brad)

This email is going out to a limited number of partners, and I would appreciate you keeping this between us.

Since I bought out Andy’s interest in StomperNet, I might have spoken to you on the phone and you know what’s going in. If I haven’t, my apologies.

If you were on the webinar last Thursday night, you heard directly from me about our commitment to get you paid up.

There are a number of reasons why we are here at this point, but it doesn’t help solve the issue to get into it.

Here’s what IS important: we are committed to getting past due commissions paid off as quickly as possible.

1) Regardless of whether you promote for us again we will do our level best to get completely caught up by the end of this year.

2) If you take the time to look at this offer, whether or not you have mailed for us recently, and regardless what you have ever thought about StomperNet, Brad or Andy - you WILL want to mail on this one.

But just to make sure, we are going to give you a little extra incentive: we are going to DOUBLE your commissions at the rate you’ve earned for continuity bundles for the 1st month and apply that doubled amount toward paying back what we owe you.

If you make more than we currently owe you, you get to keep it!

For example, if you sell enough monthly StomperNet memberships to earn a 27% commission, we’ll double that in the first month and give you 27% more AND we’ll pay that “payback” 27% on September 28th (rather than October 28th, which would be the normal payout date for September transactions).

So you’ll get paid before we do, as it should be.

3) If you don’t promote for this launch, we’ll still start the payback process for you on September 28th as well.

Look, this is a tough message to deliver - “if you help us, you get more” - but the fact is, we NEED your help.

Successful affiliate partners like you have made StomperNet what it is, but we recognize that we cannot be successful without acknowledging this ‘elephant in the room’.

We’re not happy that we find ourselves in this situation, and I’m sure you’re frustrated with this too.

All I ask is that you give us a chance to fix this, and an opportunity to restore confidence in us.

I’m extremely confident that StomperNet has a lot of good things in its future, but it’s a lot tougher road without your help.

P.S. Under separate cover, you’ll be getting the email from Tom Ham about all the different levels of StomperNet that we’ll be offering, and how the accelerators work.

Do not hesitate to contact him directly on his cell at (678) 560-6688 if you have any questions about this payback plan or the launch.

I tried to redact Tom’s cell number … but I think I accidentally placed it in bold instead. Please tell Tom I’m really sorry about that when you call him pretending to be Sarah Palin.

1) If Brad just bought out Andy with a big pile of cash :: then why didn’t any of that money go to affiliates and partners? Andy takes the money and RUNS … leaving the people who actually made the sales with nothing but Brad and Ross Goldberg? Real nice …

2) Remember that just a few months ago Brad and Andy were suing each other {link}. StomperNet is in crisis … people aren’t being paid … and both of these dipshits hire massively expensive lawyers to moderate their little cat fight. Andy :: being the classless .. tasteless .. d-bag that he is :: actually bragged about his needless wasting of OTHER PEOPLE’S money {link} ::

“So like, lets pretend that I’ve got a good Biz Dev and Corporate Litigation lawyer (Not one, but TWO) from the 3rd largest law firm in the world. Heh. And if you act now for the low price of $645.00 per hour you can too! Just click the button below and…”

Hilarious. That’s just like a joke I would tell … except it’s NOT FUCKING FUNNY.

3) The “irresistible offer” they are making here is to pay you back for work you’ve already done with work you’ll do in the future. It’s sick … and I seriously doubt it’s legal.

5) If StomperNet owes you money :: You better get it RIGHT NOW :: It’s bank run time bitches! Start making calls … don’t take no for an answer. They are obligated to pay you NOW … you don’t need to wait for some arbitrary day of their choosing. If the ship sinks … only the precious few who show some bravery RIGHT NOW will get paid :: Everyone who waits will just get fucked … and not in the good way. ** **