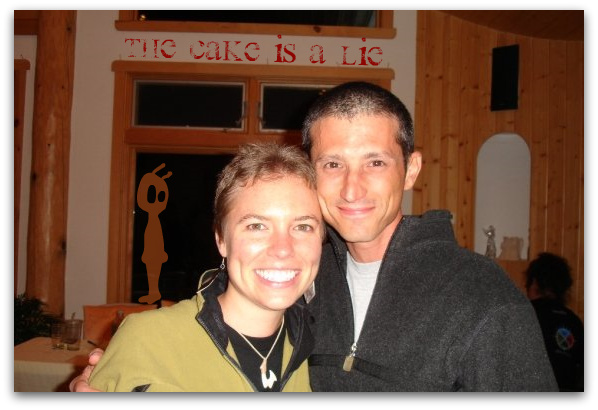 Some ungrateful customers of James Arthur Ray want their money back just because there is a zero percent chance of receiving the {totally bad for you} goods for which they pre-paid thousands of dollars. The fuckin’ audacity of some people! I mean really :: Death Ray is tweeting his knowledge turds :: and making his shit home movies available free of fucking charge :: it’s his gift to you.

But no :: nothing is good enough to satisfy a bunch of big babies wearing whining whiner wuss pants :: who are all like: “Hey, I’m a real person and $8,000 is kind of a lot of money to me.” Pssh :: whatever! Maybe you should mortgage yourself a Beverly Hills Mansion and drop the poverty mentality :: it’s the very thing keeping you from manifesting your unicorn dreams. 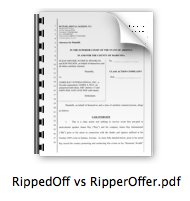 “Ray did not disclose at the point of sale that such pre-paid fees would not be used or retained to fund the future events; that JRI lacked the assets and capital to conduct such events or refund prepayments without continued sales and collection of additional advance payments; that the activities planned for and conducted at the events involved dangerous and reckless activities with substantial risk of bodily and psychological injury and financial loss; and that Ray’s qualifications and experience to conduct such activities safely and properly were nonexistent and/or materially overstated.”

It’s funny because it’s true. Okay maybe it’s not funny … but it is true.

Class-action lawsuits are filed on behalf of large groups of harmed citizens :: but only require a couple of parties to actually be named in the suit. Similar actions could be taken against most :: if not all :: of the other fake gurus being nailed to the wall of this blog. {Note to plaintiff’s lawyers :: see anyone on these pages you’d like to sue? Send me a shout out and I’d be glad to deliver up representative victims of large similarly situated classes}.

The first named litigant in this particular action is Susan Smyser. Ms. Smyser pre-paid Death Ray $8,000 to attend “Twenty First Century Alchemy 2010” :: and the just as highlariously titled “Urban Shaman.” Of course :: these weren’t the first events that Susan had attended. She was almost killed by Ray in the 2008 sham sweat lodge … as she recounted to Det’s Diskin and Poling …

“Oh God, more than anything I just, I felt like I was cooked, I couldn’t, I couldn’t think straight, all I was focusing on was how frightened I was because I thought I was gonna die; my body, my skin, my brain; I couldn’t function at all. I didn’t know what to do, I just laid there and people would spray water on me, I was not very coherent at all …

… I was so frightened that I was gonna die, that I wanted him to be there to help me to get over to the other side.”

Susan is sprawled out on a trap near death :: she’s calling out for Ray who has deviously implanted himself into her mind as a deity figure :: but Death Ray walks away. He cooked her :: charged her for it :: and then walks off like an asshole while she’s suffering immensely. And she’s not alone :: LOTS of peeps were lying around in the mud on the verge of death after the 2008 debacle. It’s a nightmare :: it’s a fucking battleground as Lou Caci described the 2009 event.

So after having such a dreadful experience :: why did she continue to prepay and attend more events? Det. Diskin asked her the same thing …

“Because I was enjoying what he was teaching; you know it pushed me beyond my limits. And I liked that. Did I ever think that I could possibly die? Absolutely not. Absolutely not. I mean I liked what I learned, I liked what it did for me and, but I mean I can see now that you know things were not as they appeared to be, you know? He’s not who he said he was, he doesn’t have the credentials that he said he did. He’s used mind manipulation, coercion, persuasion with (Inaudible) programming. You know, he’s, he’s not the person at all that I thought he was.”

Michelle Goulet was also in the 2008 sweat lodge. But she told investigators that everything went A-OK … and that there was nothing unusual about a bunch of people collapsed in the mud :: out of their minds :: and on the verge of death. All totally normal. Her boyfriend at the time John DeMartino {also pictured above} was one of the people who left the 12 round lodge a mess before the fun was over … and he was flipping out about the fact the Michelle was still inside. Peeps whisper to The Droid that John and Michelle broke up because John didn’t care for how James Ray treated Michelle like a piece of useless and inhuman meat.

Notice that in the picture they have both recently had their heads shaved :: it’s called the “cult cut” :: and it’s considered fashionable by 4 out of 5 wearers of thumb rings.

Hey Michelle :: John was right! Death Ray hates you :: he hates us all. Maybe your memories of the TRUTH are growing back with your hair? Call me …