The Haunting of Angel Valley 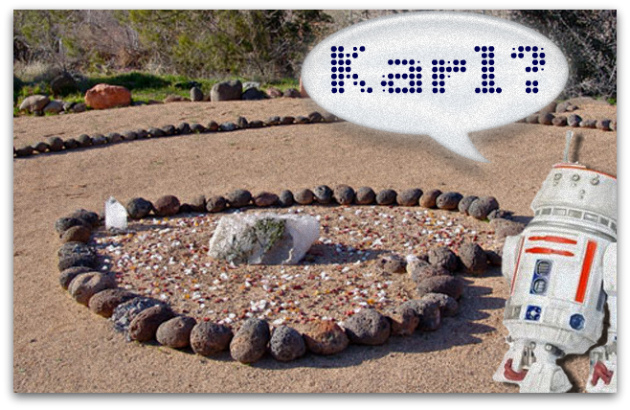 “Nobody is sure exactly what is keeping people away from Sedona’s four vortexes, swirling energy sources emanating from the earth, but the effects are clear: far fewer crystals are being bought, spiritual tours taken and treatments ordered, from aura cleansings to chakra balancings.”

“Initially, I didn’t think it was going to affect business and, a year later, I know I was wrong,” said Deidre Madsen, who runs a New Age travel company in Sedona and a Web site devoted to inner growth. “I’m shocked at the impact. My business is down 20 percent.”

Deidre’s spirituality is rendered via her web temple at tween.org :: where you can get you some “intuitive life coaching” for $90 per hour. It’s a bargain when you consider Deidre’s intuitive qualifications …

So why is vortex spirituality down trending?

Many industry analysts {aka eleventh dimension statisticalists} think it’s because people were horribly tortured and killed in the red desert dirt :: after having been scammed for ruinous amounts of money. Pretty much the super lamest thing that can happen on a quest for self improvement. On the other hand :: I know this one witch doctor who blames it all on corn pollen and crow copulation. There are two sides to every issue :: judge for your own self {but keep in mind that crows are very black and creepy}.

“We do not want an energy that we’re sitting on a graveyard,” said Amayra Hamilton, co-founder of Angel Valley.

Not the dreaded “graveyard energy”. So bad for spirituality :: and completely unfair {to graveyards}. A graveyard is a place where humanoids go to try and make their peace with death … a place of quiet and reverence. Angel Valley is not like that at all. Angel Valley has the energy of murder :: suffering :: and betrayal. The three horseman of the “my sham retreat business is going bankrupt” apocalypse.

“Mrs. Hamilton and her husband, Michael, also sued Mr. Ray, accusing him of damaging their struggling retreat’s business of helping people find inner peace. After the sweat lodge deaths, the suit says, many spiritualists began keeping a distance from Angel Valley, and it began losing as much as $35,000 a month.”

Litigation is the spiritual path of positivity :: unless you’re suing Angel Valley …

“Several months back, the Hamiltons made a spiritual appeal to end the lawsuits, e-mailing those who were suing them and asking them to consider the implications of what they were doing. “Let’s come together,” the e-mail said. “Let’s find a new way to do this.”

Yeah :: let’s come together {except for the dead people}. Let’s meet at a Holiday Inn Express and discuss the different ways in which Angel Valley might go about keeping its money … spiritually speaking.

The {haunted?} land that Angel Valley sits upon is zoned for residential use. It’s been allowed to operate as a retreat only because of an exception for organizations with “religious status”. A recent attempt to have the land rezoned for permanent commercial use failed …

“In August, The Planning Commission rejected the recommendation and instead favored a conditional use permit for the retreat, which could be reviewed periodically.”

“… one question that continually must be asked, despite the size, is “whether the use is to be commercial or religious.”

Back to The New York Times …

“That event happened,” said Mr. Hamilton, who added that he was speaking to a reporter only after consulting the archangel Michael, his spiritual muse. “The real question is what have we learned from it.”

So that’s why the Hamiltons refuse to talk to The Droid. Here I thought it was because shamsters and liars of all shapes and sizes find me terrifying beyond functionally illiterate description … but now I see it was that no good bastard the Archangel Michael … again.

Perhaps you didn’t know … but I have my own ArchAngel spiritual muse. Of course :: Sedona tween cougar Deidre Madsen knew … because she’s fucking magic and everything … but all you non-wizards are shocked.

Anywayz :: Karl tells me that all the other ArchAngels think Michael is douche bag.

“James Arthur Ray is a danger! He damn near kills people every year. Don’t let the Hamiltons bring him back to the swirling vortex of positivity. People could get hurt … vortexes could get hurt. It would be negligent angeling …”

… said Karl and the other ArchAngels at the ArchAngel Bar & Grill. But Michael wouldn’t listen :: “What about the mother fucking mortgage?” :: he said repeatedly in a rage {he’s a drunk!}.

Michael should have listened to Karl … like I always do. Now Angel Valley has a what the angels call “aura taint” :: which can last up to three millennia depending on weather conditions in the Zaulaun sector. Would–be spirituality travelers are warned that all those who seek the Sedona vortex will henceforth be consumed by the demons of greed and avarice. Any further attempts to cleanse the vortex by local oracles and/or retrocognitists will only serve to intensify the taint.

I wish that this were just a joke :: but it’s a science FACT :: told to me by an ArchAngel {one of the good ones … not that drunk fuck Michael}.