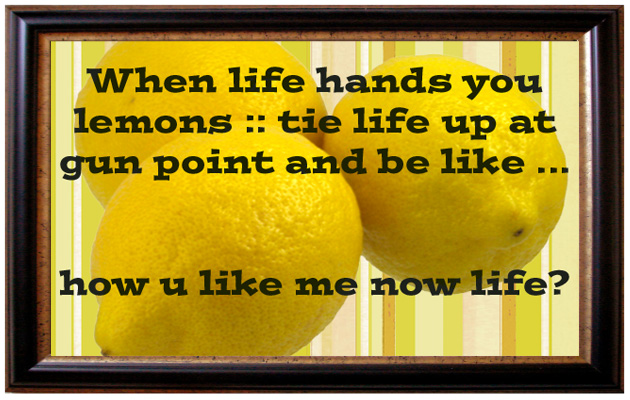 When life hands you lemons :: tie life up at gun point and be like … how u like me now life?

… or at least assault a police officer :: violate your probation … and keep being a complete and total fucking junkie.

If only boiler room suck-job John Paul Raygoza had better taste in motivational wall hangings :: he may have avoided the jail time that is sure to follow the problems his actions have piled on top of the problems he created with his other actions … it’s complicated. Like a Richard Nixon situation … except stupider. Much :: much … stupider.

You’ll recall {or maybe you won’t … because of your being an idiot and/or drunkard} that JP Raygoza was the slime emitting overlord of a wannabe Syndicate lead processing phone room … which was instead processing leads for the likes of Big John … of “who the fuck is Big John?” fame … 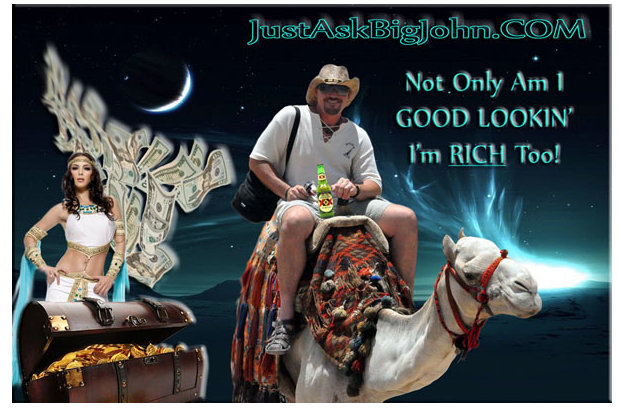 … that’s the actual sales page graphic :: I didn’t touch it {you shouldn’t either it’s probably got crabs}.

Most of the big boys :: bar The Gnome {who is in no way big} :: wanted nothing to do with Raygoza’s ghetto ass lameness. Hear that ghetto boy? Even when you were big … you weren’t fucking big. Too desperate :: too shady … that’s what I hear ghetto boy {from people who are also too shady … compounding the insult}. Maybe later you can write a book {prolly a picture book} called :: Scummier Than Utah … The John Paul Raygoza Story.

Anywayz :: John Paul Raygoza and his PushTraffic were still able to generate {or purchase} enough leads to do a massive amount of damage over a very short period. The first Droid post about Raygoza detailed some of the so sad details from a class action lawsuit filed against him and his fake companies in 2010.

The lawsuit was filed by California and D.C. lawyer Dr. Jon Levy’s international law and litigation practice :: with little hopes of collecting anything from ghetto maggot John Paul Raygoza … a public service very much appreciated by fake robots everywhere.

While I’ve not reported much further on the issue :: I’ve kept up with the case and read all the filings and other boring type stuff that my fake secretary Debbie should have been reading instead of sucking down Slurpees and RedVines like a high fructose corn syrup madwoman.

Long story short {for now} :: Raygoza lost and a $1 million default judgement has been entered against him.

It sounds bad :: but as of April 2011 :: it’s become the least of his punk ass problems. From the L.A. County criminal records {behind a pay wall} … 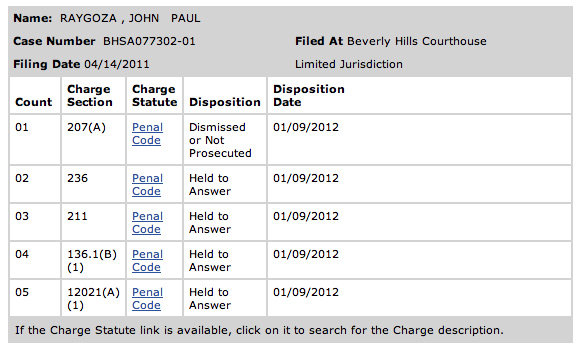 Good times :: it’s all a part of the successful Internet lifestyle … get you some today before supplies are running out! 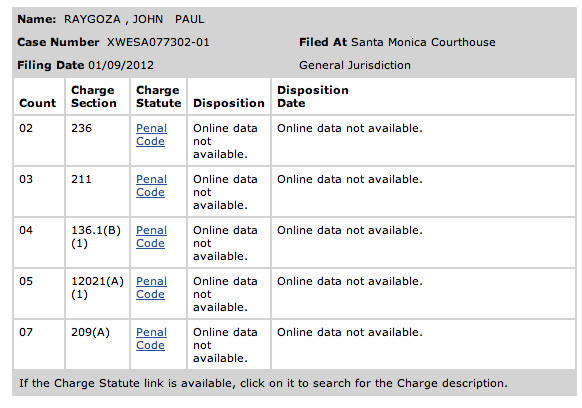 209(A) – Kidnapping with intent to ransom or extort

As an added bonus :: this incident seems to have involved injury to a peace officer.

And of course :: drunk driving :: cause you can’t be a sociopathic twat without it …

Sometimes when it rains on the devil … it fucking pours. During the discovery process :: Jon Levy subpoenaed the recorded phone logs of the PushTraffic boiler room scam from a third-party vendor. He got them … eighteen fucking gigabytes of tragedy on tape.

Guess who has them now? Guess who has already had them for months and spent ungodly amounts of time probing their disgusting contents? Guess who is about to publish {a victim’s identities protecting} selection for the whole world to look upon in horror?

I’ll save you the embarrassment of guessing wrong and just tell you … it’s me!