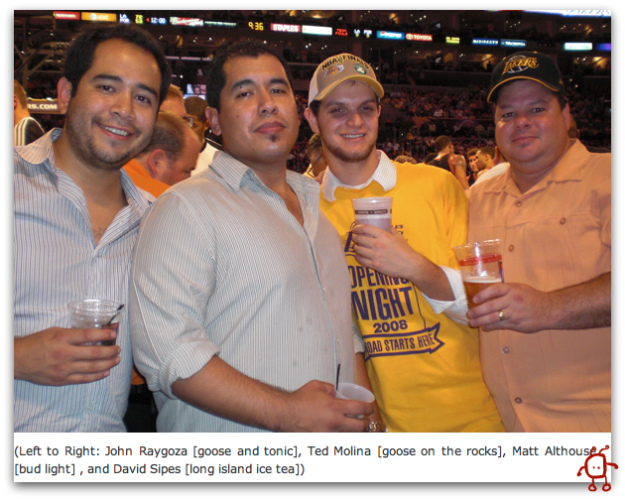 The John Raygoza horror story begins :: like so many grimm tales before it :: “Once upon a time” … or “Μια φορά κι έναν καιρό” as they say in Greece when they’re anachronistically speaking Greek.

“I’ll admit that when this news alert arrived in my inbox this morning, I thought it might have something to do with the ballsy and groundbreaking work being done over at Salty Droid.”

Nice! Unsolicited compliments from a respected author who has been repeatedly published everywhere I’d want to be published if I wasn’t the mother fucking king of the Internet :: an whose recentish book I read and enjoyed greatly. That’s cool and all :: but remember when The Gnome said …

“Jason Jones is obviously very smart, witty, very funny, and has one of the best writing styles you may find around.”

“… the lawsuit at hand seems unrelated to what the Droid calls “The Syndicate”—in terms of the principals involved, anyway. The actual business model sounds disturbingly familiar.”

Second :: are they unrelated? The Droid spoke with the attorney bringing this class action lawsuit against John Raygoza and his partners … and he seemed to agree. I pointed him to a few stories {you can guess which ones} that I thought he might be interested in given that he’s bringing a RICO claim against Internet Marketers :: says sassy lawyer to me …

“Ok -it’s some idiot with a bad haircut teaching racketeering 101 - why not go after some actual crooks instead of wannabes?”

Ha! A funny first impression of Frank :: and three-fourths correct …

“Regardless of what The Syndicate is doing, there are still so many freelance gurus and other non-affiliated IM pitchmen selling their own products for far less.”

Well :: sales for “far less” cause far less harm :: victory! You can’t beat evil … but you can keep it disorganized and inefficient. The more I know {and it is much} … the more I don’t believe in “freelance gurus”. It’s a cartel system :: there is a winning cartel at the top :: and many other baby cartels pushing out their baby cartel tentacles in support. Only a truly gifted cowboy can remain a mercenary in a cartel world. John Raygoza ain’t no gifted cowboy.

So before we discuss the horribly depressing particulars of the lawsuit … let’s place Raygoza within the context of the tale we’re already telling.

I just got back from Atlanta (big seminar). Thanks for the great time!

… so many assholes … so little time.

The PR release for the event says that …

“Armand Morin currently earns in excess of $15 million per year on the Internet and he will show the secret to his success.”

Wows! That’s a lot. I’m sure it must be true though … cause peoples aren’t supposed to lie. So I guess between then and now Morin has brought in a cool excess of $30 million … that must be why he reduced the price of Big Seminar 14 so dramatically … cause now he doesn’t need the money … and he’s just out to help good people {gag!} like John Raygoza get started in “this business”.

I hope John Raygoza was able to easily earn $15 million using the special secrets that he learned at Big Seminar … or maybe just even one-tenth of that :: because they’re smart and I’m retarded :: else he might start feeling like the stupid mother fucker that he is :: and compensate by ratcheting up the evil.

Is $15 million something to brag about?

Is having an apartment something to brag about?

“Be There! I’ll Expose Those Headlines That Makes Me Millions… Don’t Miss It!”

Oh John Paul Raygoza … if only you weren’t such an ignorant fuck :: you’d understand why that is so funny.

Moving on … John Raygoza to the previously mentioned Idiot-HairCut-Raketeer™ …

@masscontrolkern - I would do it only because it’s TR! - BTW, are you in LA still…Dave and I were sched to meet up at your place this week”

“TR” :: probably referencing Teddy Roosevelt … like these d-bags love to do. Wait :: did I say Teddy Roosevelt? Cause I meant Tony Robbins! Teddy Roosevelt is totally not ga ga goo roo … he probably hated capitalism and America … that’s why he went around busting up cartels. TrustBuster they called him … fucking socialist.

Raygoza throwin’ down the fancy pants biz talk to The Rich Jerk :: King of Business …

“@kellyfelix It depends. I believe in hiring commission-only employees! 70% of my staff works on commission only.”

Well you’ve got to believe in something …

“@kellyfelix The days of working with 3 employees is priceless. Overhead was my apartment rent + VOIP charges…profits were ridiculous.

then i got Greedy…But as Gordon Gecko says in Wall Street, “Greed is Good!” ; )”

Greed is good :: he said … as he destroyed the world.

Let’s hook up for some drinks …

@mariaandros Bardot is off-the-hook! We have to go out again…Let’s take @jimmydavis there…he needs to go out more often.

Or maybe a bite to eat …

“hanging with Bill Maher at the Barlot”

Cool. Fake it ‘til you make it.

All of this posering must be exhausting for John Paul Raygoza. It’s tough being a girl out there on the mean streets. It’s best if you can find some sort of group to join :: you know just a loose association of like minded competitors … something like a trade union … only nothing at all like that. John Paul agrees :: and tells the zero people who read his blog about it …

“I just finished talking with Tim Warren, Vice President of Maverick Adventures. I joined Maverick business adventures to hang out with like-minded individuals. The group was started by Yanik Silver.”

Maverick Adventures :: starting at just $11,000 per year … and going up :: up :: and away! Other members include … 85% of the d-bags previously mentioned on this blog. Vicious Garden Gnome :: and John Raygoza’s Twitter BFF :: Mike Filsaime recently mentioned his own membership in the group during his “Jason Jason Jason” interview with Mike Young.

“It’s scary busy at PushTraffic and on top of that I attended Yanik’s underground event in D.C. & Mike Filsaime’s JV event in New Orleans.”

What good places to offer other “mavericks” your services …

“Anyone out there need a SALES FLOOR to upsell your leads?…don’t leave money on the table in 09! DM me if you’d like us to upsell for you!

Our Sales floor is 30 strong. Our partners make on average an extra $30,000 a month on the backend! DM me if you want to get started.”

“Once upon a time when the only mail was at the post office, con artists placed ads in magazines advertising: “Make Money at Home Stuffing Envelopes” or “Typing at Home.” The unfortunate victim would pay $10 to learn how to get started in the envelope stuffing or typing at home business …”

My how things have changed.

Let’s skip over the legal analysis completely for now {too boring} :: and get right to the victim’s stories. The Droid hears an unfair share of horribly tragic stories :: but they’re almost always “off the record” for fear of retribution. One of the great things about a lawsuit like this is that it gives people reason :: and confidence :: to go on the record with their tales of woe.

The following is just a small glimpse of a massive problem …

Losses of $30,000. When he tried to get a refund he was accused of :: “Extortion, defamation, slander, and conspiracy.”

For the past 7 years he has suffered from T6 paraplegia and currently receives Social Security Disability. Over the years as his condition has worsened, he has sought a legitimate work at home opportunity. In November 2008, he was telephoned by salesman Rob Martino at PushTraffic. Martino gained plaintiffs trust and learned all about his disability, struggles, and goals. Martino falsely feigned an interest in plaintiff’s well being and Martino even claimed his own brother was a paraplegic which was very likely a lie to gain plaintiff’s confidence…

“Plaintiff’s health condition had gotten far worse and he was battling for his life with a deadly MRSA staph infection requiring hospitalization. Even though aware of this, Martino persisted until plaintiff orally agreed to a refundable $15,000 turnkey investment with Martino and PushTraffic…

Plaintiff was briefly released by ambulance from the hospital to attend to business as it was thought he would likely die from MRSA. Martino called plaintiff and demanded he sign a contract, plaintiff physically could not and Martino then pressured plaintiff’s secretary into signing for him. Plaintiff was in the hospital from January to May 2009 and survived the MRSA infection. He then discovered a $20,000 charge on his credit card.”

Age 73 :: had recently suffered two debilitating strokes that left him with brain damage :: taken for $30,000. He’s now facing eviction from his home.

Canadian :: Age 66 :: on a disability pension for polio related paralysis … $4,500 charged to her credit card without her consent.

A recent widow living in Phoenix :: lost $10,000 … the proceeds of her late husband’s life insurance policy.

Age 70 :: has both diabetes and Parkinson’s Disease :: taken for $20,000. A fraudulent testimonial that he never gave is still being used on one of the d-bag sales pages.

A New Yorker on disability for Schizoaffective Disorder :: out $4,200.

[Correction :: Jan 2015 … a previous version of this article named the salesman named in the complaint … but that person had had his name misappropriated by this boiler room and was not in fact the salesman. His name and picture have been removed.]

Age 50 :: totally disabled with severe neck and back problems that make normal functioning difficult. Raygoza and his henchmen know this … and take her for $18,000.

“Plaintiff finally tracked down Raygoza and complained in a phone call. Raygoza asked when she began with PushTraffic and she gave him the date and he stated that her six months were up, “tough luck.”

Marc lives in New Jersey :: his wife is suffering from cancer so they could use a little extra income to help cover costs. Instead he was taken for $10,080.

Margaret is 70 years old and lives in Louisiana with her daughter who has a severe learning disability.

“Plaintiffs were vulnerable individuals, elderly and with a learning disability, defendants preyed upon these disabilities and repeatedly contacted plaintiffs until they had extracted all of the money in plaintiffs’ possession.”

Age 58 :: lives in Texas and cares for her elderly father … she suffers from Chronic Depression and Anxiety/Panic Disorder …

“Plaintiff was telephoned by Denton in February 2009 and told Denton about her disability and he said he would “help” her because she had a “humble heart.” Instead Denton turned her over to IncFortune which extracted $50,000 from plaintiff on false promises of profits.”

“… and has suffered extreme privation as a result including inability to provide the necessities of life for himself such as food.”