It’s not fucking good to speculate :: best leave that to the empty heads at the cable news networks … cause it’s kinda their jam. But sometimes a fake robot has gotta speculate :: because certain sorts of stories are almost impossible to tell without resorting to this tried and true journalistic formula …

“So-and-so says that what’s-his-name is guilty of blah blah blah.”

… and those sorts of stories aren’t told here :: because so-and-so doesn’t want to end up on what’s-his-name’s shit list … and would never talk to the fake robot if s/he was worried about being quoted {or mentioned} on this crazy site.

Like my first mention of The Syndicate :: out of the blue :: almost no context … as part of a rickroll to amuse the juveniles of scamworld into pasting the article link within their private scam lairs …

I used to think that success in this industry was all about getting into The Syndicate :: where prices and social value could be fixed without reference to reality.

My thanks to Irwin Frank Kern for confessing to the same a few weeks later … cause that made the complicated story oh so much easier to tell.

Or like when I editorialized :: before Utah’s {one-party-state} Republican primaries … that John Swallow was likely part of a government protection racket …

Utah didn’t respect my speculative authoritah {natch!} :: and the results of Mr. Swallow’s trouncing of his nearest Republican rival … have been pretty effing hilarious.

Here are some things I’ve learned about scamworld …

a) nothing is too crazy to be part of the story

b) nothing is too dark to be part of the story

c) it’s almost always safe to assume things are much worse than you think :: no matter how far down the rabbit hole you’ve fallen … things are still much worse.

The Ginger King is burying gold and sliver in the desert? No :: too crazy … too Pirates of the Caribbean meets Glengarry Glen Ross. But yeah.

It’s okay to be rape-ish? Sure.

The Utah boiler room cartels running drugs {and money} for those other {much more bloody} cartels? I long made the mistake of wanting to believe no :: but it’s looking increasingly like I should believe yes …

An associate and neighbor of indicted St. George businessman Jeremy Johnson has been arrested on allegations he conspired to distribute a large quantity of marijuana.

Jason T. Vowell was arrested Thursday in St. George by agents of the Drug Enforcement Administration.

Arrested at almost the same time was Chris Sunyich, a member of a family sued in January for allegedly charging consumers’ credit cards without their approval or knowledge. 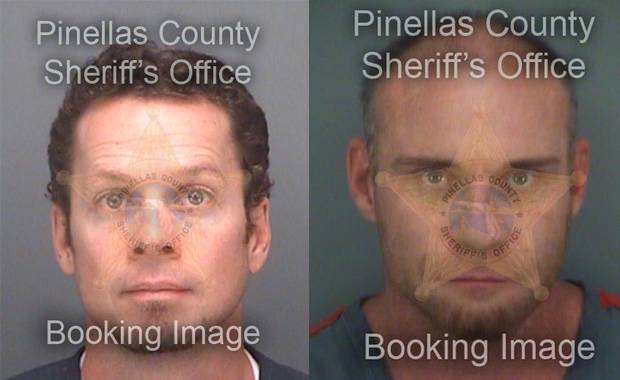 The scam cartel ♥’s the drug cartel story has been bubbling just below the surface here for years :: but recently it’s been really working itself into a full froth … so as of the next paragraph I’m going to start publicly speculating about how it might pertain to my various dirtbag enemies.

At the end of 2011 :: long before Bill Ackman made people {sort of} care about something people don’t care about {fraud against poor people} … The New York Times ran a series about America’s Drug Enforcement Agency laundering money for the drug cartels. It sounds like a bad fucking idea :: because it totally is one … but don’t worry cause there were “rules” involved.

Another former agency official, who asked not to be identified speaking publicly about delicate operations, said, “My rule was that if we are going to launder money, we better show results. Otherwise, the D.E.A. could wind up being the largest money launderer in the business, and that money results in violence and deaths.”

As a “result” of the DEA’s money laundering :: everyone in the world stopped wanting to use drugs … and America and her allies were completely victorious in the long running War on Drugs.

Actually :: {not} funny story :: the drug trade was wholly unaffected by the government’s typically delusional actions … and 50,000 people have been murdered in Mexico since 2006.

We did arrest one dude though :: Harold Mauricio Poveda-Ortega {aka The Rabbit} … so that’s cool … hopefully most of the bloodshed in the drug war has been his fault. Here he is in Reuters :: looking rather outgunned … 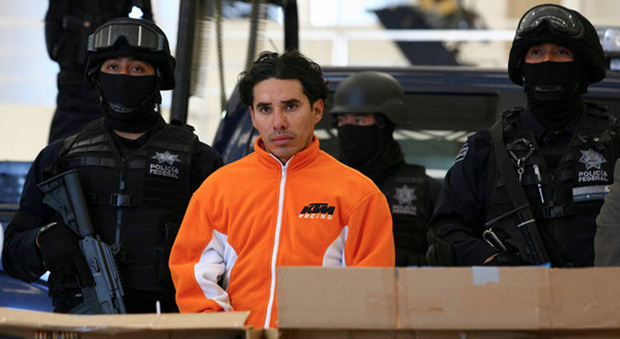 Some of The Rabbit’s extradition documents were attained by a Mexican magazine :: who shared them with the NYT … where they formed the basis of the second Times article about the DEA’s semi-insane covert ops.

The more the money flowed, the stronger the relationship became between the informants and the traffickers. In one candid conversation, the traffickers boasted about who was able to move the biggest loads of money, the way fishermen brag about their catches. One said he could easily move $4 million to $5 million a month. Then the others spoke about the tricks of the trade, including how they had used various methods, including prepaid debit cards and an Herbalife account, to move the money.

Launder money now … ask me how!

Herbalife accounts are one of the tricks of the money laundering trade?

O - M - G :: that makes perfect fucking sense of one of the most baffling parts of Herbalife’s operation … their unexplainably outsized performance in Mexico.

Sales from HLF’s Mexican business :: reported at $800 million in 2012 :: rival that of their North American business … which should not be possible for obvious reasons. But $800 million is peanuts compared to the estimated $25 billion in drug monies that flow across the border each year.

Here’s a map of Herbalife “Nutrition Clubs” by country … 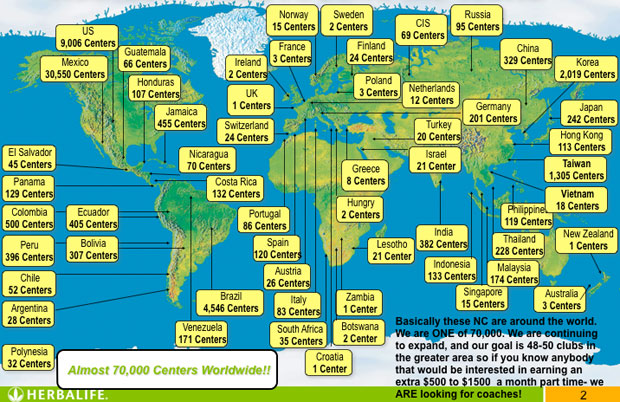 … you notice anything fucking ludicrous about that map?

It’s really too bad that the asshole white guy most responsible for bringing Herbalife to Mexico :: was just found shot dead in his truck … cause I’d really have loved to ask him a couple of fake robotic questions about doing the laundry.