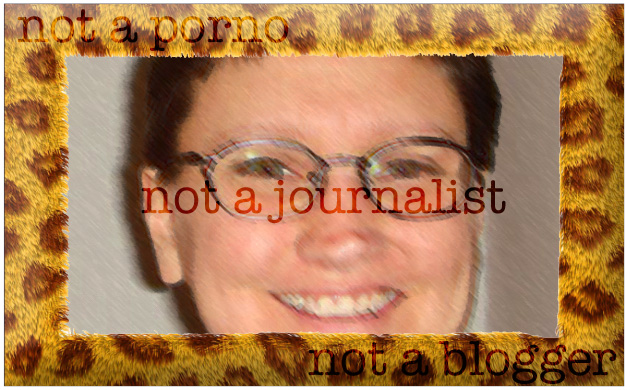 That’s like basically ALL of America’s special protections for speech :: shot down in a blaze of holy crap I can’t believe I just read that!

… then prove that it’s untrue … and that I knew it was untrue {unpossible!}.

If I were an English fake robot :: then I’d need to prove that those things were true {easy cause I already did} … which isn’t the same. But I ain’t English :: even though I know deep down in my heart type area that Wayne Rooney is the greatest :: I’m American … and I expect my special fucking protections. Crystal PornName just got all of her American rights stripped and it’s the worst kind of bullshit!

1500 of you told me about Mike Koenigs’ ridiculous “Cross Channel Mojo” launch :: but nobody wants to mention a poor blogger losing a defamation suit to a rich lawyer? You minions are dead to me :: except @RT. Because of your failures I’ve fired my fake secretary Debbie :: and I’m going to claim that she was stealing from the company and sue her into poverty :: and I smacked her :: and I cut her brake lines just a little bit so that later she might die and no one will suspect anything in an awesome homage to the young Jim Jones as he was chronicled in Raven by a journalist who the old Jim Jones had shot. Good times!

I hope you’re all happy about the suffering you’ve brought on Debbie.

Anywayz :: I’m about to unload on Mr. MeanLawyer Kevin Padrick for whatever cat crap he’s been up to with his rich self. Like for instance :: his Obsidian Finance bio says this bozo has four degrees and went to the Air Force Academy. What kind of loser has so many degrees and gets into a school that requires a congressional recommendation?

I email Crystal Cox for the deets :: webstar to wannabe-webstar. Wannabe-webstar writes me back with no useful info :: here’s her signature block I shit you not … 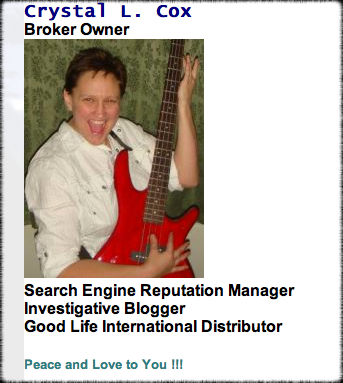 “Investigative Blogger” and “Search Engine Reputation Manager” … gosh those two sure do sound criminal when you put them close together and in bold like that.

Good Life International is an MLM :: unicorns be praised! :: it’s your opportunity to have everything forever right now …

As you can probably tell by now, at Good Life we don’t cater to the get-rich-quick scam artists who take advantage of people. Rather, Good Life International provides a home for caring fulltime and part-time networkers who dream of financial freedom.

Totally not scammy … exactly what I was thinking when they told me it wasn’t scammy. 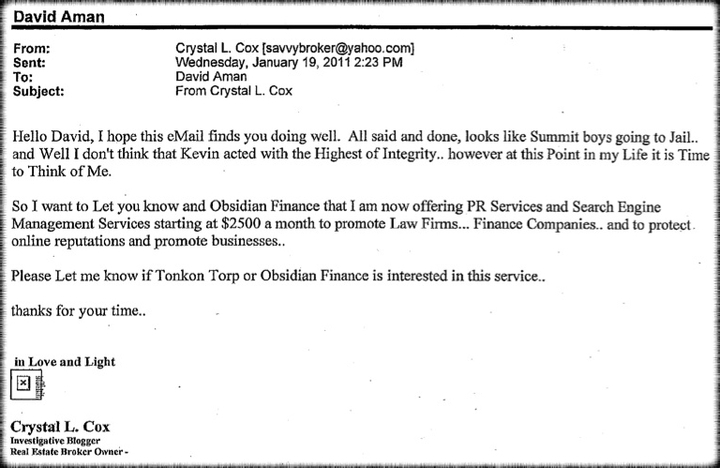 … and Well I don’t think that Kevin acted with the Highest of Integrity.. however at this Point in my Life it is Time to Think of Me.

It’s $1K eXtra if you Want your.. Law Firms promoted with Complete sentences.. $5K if U want Complete thoughtS {the generation of which Crystal outsources to India}.

it is Time to Think of Me.. and How hard writing IS … and just QUOTE David Carr at the NYTimes instead …

Kevin D. Padrick, a lawyer in Oregon, was appointed as trustee in the case after the company entered bankruptcy. Prompted by the postings of someone whom Mr. Padrick was going after to recover assets — the daughter of one of the men who was indicted — Ms. Cox began suggesting in her blog posts that Mr. Padrick had used inside information and illegal measures to take control of the remaining assets and enrich himself.

In a long-running series of hyperbolic posts, she wrote that Mr. Padrick and his company, the Obsidian Finance Group, had engaged in bribery, tax fraud, money laundering, payoffs and theft, among other things. Her one-woman barrage did not alter the resolution of the Summit affair, but it was effective in ruining Mr. Padrick.

Bankruptcy is complicated :: but the trustee is generally a neutral party that the court appoints to help oversee the dissolution of a broken company. When a reasonable person says we should do something about “bankruptcy corruption” … they are in no way referring to trustees {because that doesn’t even make sense} … but Crystal Cox is in no way a reasonable person.

Crystal Cox is also not a blogger :: investigative or otherwise. She’s an Internet Marketer {boo hiss}. She swarmed Kevin Padrick’s search results with multitudinous :: mostly hollow :: KevinSucks sites and took over 8ish of his top ten search results … including spots one and two.

Big brands have no trouble protecting their reputations from Internet troll slime :: because Google is totally in love with them and their big monies … as Aaron Wall is always harping on about like a harpy …

But for a competitive keyword like “cancer” Crystal Cox’s crap sites won’t rank at all :: in spite of her obviously impressive mastery of the subject …

From the header of her CancerSolutions.org site {solutions not included} …

If ONE person anywhere Can Cure Themself of Cancer than Why NOT You ?? There is a LOT of information on THIS site, dig dip - your Cancer Cure is HERE… In My Opinion - from my research and experience… Advanced Cancer, Reversing Cancer, or Preventing Cancer - DIG Deep … Knowledge is Seriously POWER.

Crystal Cox is an idiot :: and a bad person … and she should be discouraged from filing that appeal … because the facts of the case are horrible and she’ll lose again … setting a super bad legal precedent {trial court opinions don’t matter much for precedent} for non crazy people and actual bloggers.

Crystal PornName commented on the fake robot blog and told us all to “dig deep” into the whole “Kevin is the devil” situation :: says @Lanna …

Last time we heard that one around here, it was followed by “facts” about imaginary death threats. Let me know when it looks less like the corner of Scam Street and Crazy Crossing, and then I will take a look.

I told Crystal Cox via a nice {for me} email that now would be a good time to cease these shenanigans … that this could end with her in jail. I won’t publish my whole email because I don’t want to deny PornName the satisfaction :: but here were her last couple of responses to me …

I Take This as a Threat, Please Do NOT email me Again.

Reputation Manager is Legal, and I am very good at getting to top for the names of the bad guys and will continue to do so, if I offer a service that to is legal.. appreciate your perspective but your “death threat” is not appreciated.

It is Legal, I am posting your email, as saying so i will live is a threat. last email to you

May all you do be for the Greater Good

I’ll see you around the cyberspaces Crystal Cox.