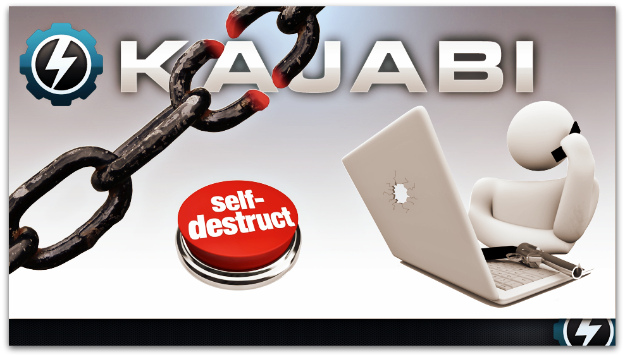 I should do a review of The Syndicate’s latest frauduct Kajabi :: for the good of the “community” and the “industry” … ready :: set :: go!

2) Why in the name of fucks fuck would you put your business data on servers owned by Andy Jenkins? Forget about him misusing it :: maybe he’ll make it public to the entire web and it will end up with me! Is that what you want? You see what a freak I am? … think about it.

I’m sure he didn’t want me {and you} seeing this “data” … but we did … thanks to Andy’s observably low Web IQ {not to be confused with FreeIQ … which is a whole other story}.

3) List Control launched on Kajabi according to Cuzin’ Andy … 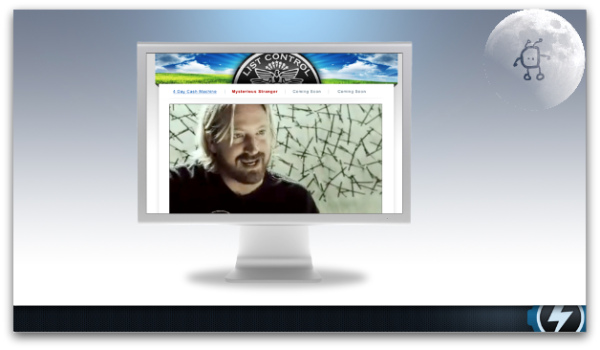 4) One thing you might consider as an alternative is WordPress {ever heard of it?} :: one of the most awesomest pieces of software ever created by humanity {aka talking amoebas}. Then when you have a question … instead of sending a ticket to Raggedy Andy’s “help desk” … you can ask one of the MILLIONS of people in the WordPress user community … or any of the TENS OF THOUSANDS of qualified professionals in the developer community.

5) Don’t have the fucking stones to call yourself a “web entrepreneur” if you are adding large fixed costs {like Kajabi} to your “business” before you have revenues. If that’s your “business plan” :: then you’re just a tiny little fish swimming into the monster’s mouth.

“Kajabi is not free …

… Imagine wanting to leave or your business hits a bump. Kajabi in the video below says that if you cancel ALL OF YOUR CONTENT WILL BE ERASED.

Don’t let shiny thing syndrome stray you from your life’s path. All that Kajabi (or glitters) ain’t gold. STAY FOCUSED.”

OMG that is so expensive … and the tiny bandwidth limits show you how not often these d-bags have truly big web days.

Remember when Bob Proctor supported James Arthur Ray AFTER the deaths? That was pretty messed up … but that was NOTHING compared to what I’ve learned since then. I promise you … if tomorrow’s post were to detail those things … you would take those Six Minutes to Suckcess affiliate banners down immediately.

Stay fresh {but not in the feminine hygiene way},
SD

You hear that? I know. You might want to consider “retiring” from the Internet before I get done with this little Syndicate … cause it’s gonna be ugly … and I don’t show any mercy to mother fucking assholes.

All right Debbie … bugger off. Moving on …

Rob Sellen :: Kajabi aka handing your business to Andy Jenkins on a plate

“When, not if, when you stop paying you LOSE it all? WTF?! No backing up of anything for you, just cancel and bosh, gone… oh you can bet your ass HE will have backed all your hard work up, for himself.”

Don’t let Andy Jenkins mouth-breath on your data … or your plates!

Kim Castleberry :: Why I am NOT Promoting Kajabi!

“Please think objectively about paying a lease on something your business may not be in need of when other alternatives exist.

I heard after I shot this video that their pricing is now posted along with the trial announcement but the fact that I cant get the video to play past minute 12 really doesn’t build my confidence. (The bandwidth cost is more than double what Amazon S3 video hosting runs for bandwidth.)”

And here’s a video review of Kajabi that Kim did. Kim thinks maybe Kajabi isn’t a total scam because it might be right for people doing giant launches … but no way it’s right for noobs. The Droid asks The Kim to consider that the evidence shows The Syndicate knows that they are selling to noobs without businesses … so it is very much a “scam”.

Comments from around the webs posted to our comments here …

– What I discovered was that the administration area running the show was unbelievably UNINTUITIVE!

– If you’re looking for USER-FRIENDLY I can not honestly recommend Kajabi.

– They prohibit you from (copying) and or using any kind of service to copy the data on your “rented” website, so once you start the trial, when you decide to stop it, your data is gone, poof, forever…

– Also.. simple question. Who here really wants the Syndicate to host 100% of their online business and have access to all their data and statistics?

– I have been trying Kajabi for almost 2 days now and its no where near ready. Errors every where, you cant load a squeeze page or a sales page, takes longer than 12 hours to upload a video.

– At the price you pay for your monthly membership of Kajabi, you could outsource every element to experts in their given field and still have total control over your own web empire and everything that goes to make up that business.

Seems like the “Circle Jerk”… er… I mean “The Syndicate” will be rolling along for the foreseeable future.. they are all promoting Kajabi?? an Andy “the Hobbit” Jenkins scam… er… venture…

Ka (noun). Definition: the soul of a dead person

I (noun). Definition: The self; the ego

English translation: “I have no soul, so I’ll fuck you”

“KaJabi: pronounced Ka-jabi (see also, “Kajabied”) Def: “To fuck oneself; to foolishly give up one’s business data to the competition.” Ex: “Clarence responded to an email autoresponder message, after which he subsequently had his business kajabied. Now, he works at a gas station part-time cleaning restrooms.”

“Aside from just not buying syndicate stuff, the next best thing is to refund or chargeback. Everyone needs to spread the word that kajabi is a rip off and to let folks know how to refund.”