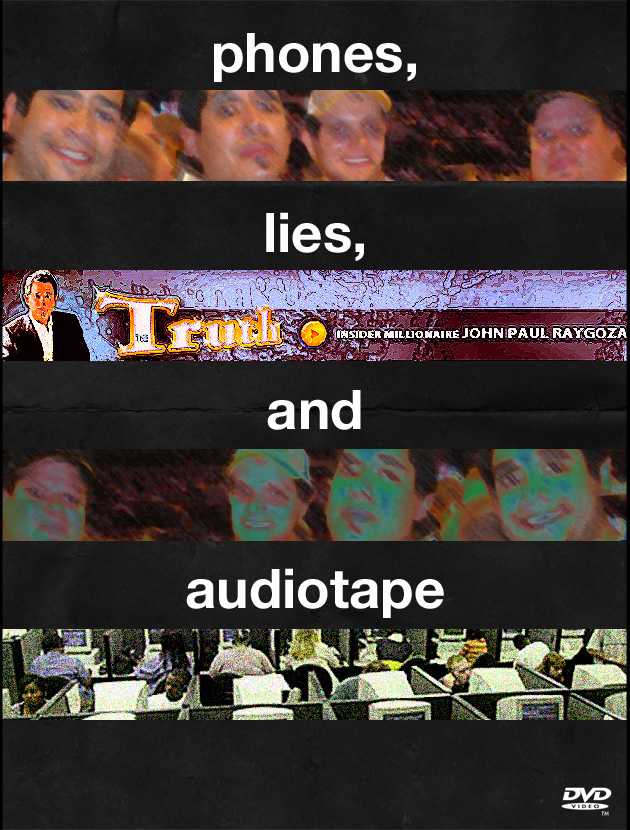 Remember when I made us all listen to Debbie :: a secretary in her mid-fifties making $26K :: getting scammed by a Utah boiler room for five figures? It was awful :: lots of people couldn’t listen to it all the way through.

I refuse to accept that. If you want to follow this story :: or be a part of this cause … then go listen to that fucking tape and force yourself to deal with the suffering it causes you. It’s what’s happening here :: almost everything boils down these horribly sad and vicious moments … selling grandmas on pre-made websites purported to rank #1 in Google for Netflix {or whatever} and open a vortex to the magical internets money hole.

Don’t call me a hater :: or a loser. Don’t ask for my help. Don’t tell me to tone it down. Don’t bitch about my tagline. Don’t ask me to be on your fucking TV show … or to do an interview for your website. Don’t ask me :: “who are the good ones?” Don’t fucking speak to me at all if you haven’t listened to Debbie getting done by the Mormon Mafia division of the sick machine.

But :: but … I’m not going to do that to us again. There’s something about gut wrenching sadness that just doesn’t quite fit with the fake robot humor site motif. Thus :: the Boiled Lemonade audio logs from John Paul Raygoza’s PushTraffic scam will be presented {mostly} sans victims … in the much more palatable “mock the bastards” style.

And so we begin …

BoilerRooms make outbound calls to “leads” produced internally {like with The Truth} :: or “leads” produced externally {like with Anthony Morrison infomercials}. But once a “lead” is “closed” {aka scammed into a bullshit purchase} the process has only just begun. For months/years later the victim will repeatedly call in :: confused and panicking … wanting to know why they’ve made zero pennies instead of the promised $10K per week or more. These fear calls represent an opportunity for the boiler room to upsell the victim on even more fake services.

“It didn’t work because you had even less experience than we thought :: let us “do it for you” this time for double the cost. It can’t fail because we obviously know exactly what we’re doing :: being Internet millionaires ourselves” … etc.

“Saving the sale” :: and upselling inbound panic calls … constitutes more than half of the labor associated with running a boiler room.

On John Paul Raygoza’s boiler room floor :: Robert Artino was the fixer-in-chief. Artino is an excellent con man :: much more capable than the others :: and his job was to keep the big fish on the hook. He rarely failed … it was pretty fucking scary how good he was at it.

Here are the main d-bags calling Rob about a lady who PushTraffic is into for $50,000. Keep in mind that they all know with 100% certainty that their victims will never make any money at all from their complete and total bullshit. One of the persons on the line is a filthy rotten attorney who should lose his license immediately.

She sounded scared :: like her voice was trembling … we’re gonna wine and dine her.